A chamade was a Napoleonic drumroll that signaled to the enemy that an army was ready to surrender or retreat. Modern equities investors follow their own market signals for capitulation, which describes the final gasp during the stampede to the exits when the pain of a bear market has become unbearable. Also called a washout, the crescendo of selling is a cry to get out of positions at all costs. 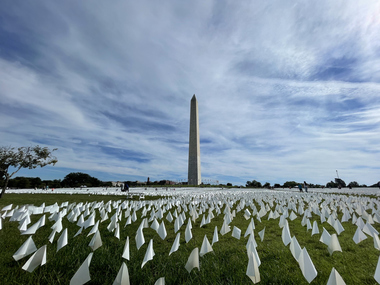 When the vast majority of investors throw in the towel and the last bear capitulates, markets are ready to resume a longer-term upward march and begin a new cycle. It does not happen easily. Prospects must be truly dire to instill fright in every stubborn optimist. Is the world teetering on the edge of a pandemic or a nuclear disaster? A less drastic flow of negative news — even rampant inflation or a large-scale military invasion — may not be quite enough.

What Are the Indicators?

Analysts have assembled a collection of signals that often, though not always, reveal that a bear market is finally reaching rock bottom.

Japanese candlestick charts are another clear code to read for a message of capitulation. From their box of candlesticks, traders turn to a graphic symbol named a “hammer” to mark bottoms.

All candlesticks consist of a body and a wick, which represent a security’s opening and closing prices during a time period (usually a day), as well as its highest and lowest trading levels. Hammer candles have a small body, meaning the security opened and closed at about the same price, and a long wick beneath it, meaning during the day the price traveled far down, as bulls and bears battled it out, but then it returned to resurge at the end. Hammers are easy to recognize on a daily chart and can often be spotted at the end of a downtrend. They seem to punctuate the trend, as if eagerly waiting for a nail to pound in.

It can be difficult to identify capitulation as it occurs, since it can only be confirmed with hindsight. Moreover, different types of bear markets inflict different types of pain. Investors may be facing an acute, relatively short-term misery or a grinding, drawn-out sell-off. Either way, sellers will need to be flushed out before you can be confident a new buying opportunity is at hand.

To understand more about the signs of market capitulation and how it may relate to your own portfolio, talk to your financial adviser.