“My family has used Roz for estate planning for over 25 years. She and her staff are very knowledgeable, accommodating and friendly…I can now put my mind at ease knowing I have my family protected. I highly recommend this office for their expertise.” 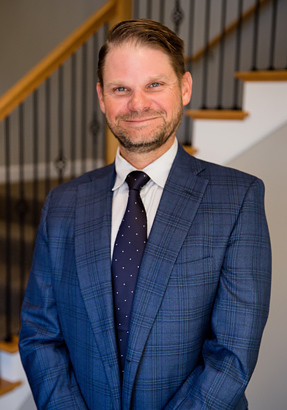 Scott became a lawyer in 2008, following in the footsteps of his father, and schooled to think like a lawyer. He is a member of the Kentucky Bar Association and his membership in the Indiana Bar Association is pending.

Scott joined Triplett & Carothers in 2016 as a probate attorney after ten years with various law firms in Louisville, primarily focusing on probate law.

A native of Louisville, Scott was an undergraduate at Xavier University and he received his law degree from the Appalachian School of Law in 2007.

Reach out to Scott: lena@rozlaw.com