Posted in Triplett & Carothers on December 2, 2022

When the FTX exchange collapsed and filed for bankruptcy in November 2022, reverberations rippled across the cryptocurrency universe. Investors across the board lost millions, from venture capitalists, hedge funds, and large asset managers (known as “whales”) to tiny accounts of a few thousand dollars.

Stunned observers are still piecing together what went awry and what lessons can be drawn from the debacle. Perhaps most significantly, how could the allegedly best and brightest in the business have been so blindsided? 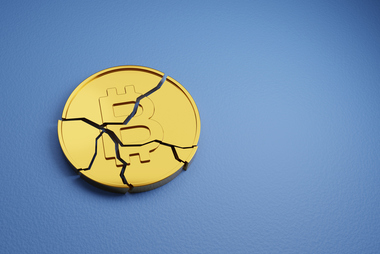 FTX, steered by 30-year-old Sam Bankman-Fried, traded crypto derivatives, options, volatility products, and leveraged tokens. The founder, hailed as a wunderkind, was able to amass $32 billion at the company’s peak valuation in January 2022.

How the mighty have fallen. Among others, Sequoia Capital has lost $210 million, SoftBank $100 million, and Tiger Global $38 million. The Ontario Teachers’ Pension Plan is probably writing off $95 million, comprising money belonging to 333,000 teachers.

In June 2021, FTX raised $1 billion from a roster of big names, including Dan Loeb, Coinbase Ventures, and Thomas Bravo. By January 2022, cryptocurrencies were already flailing. Yet ever-optimistic investors committed a further $400 million to FTX. Among those ranks, Temasek, owned by the government of Singapore, added another $320 million to its infusions of earlier funding rounds.

How could so many miss so much?

All about the ‘smart money’

This facetious term derives from gambling, where it historically suggested insider information. Today it refers to capital controlled by the most powerful institutional investors, including hedge funds, venture capital, governments, and central banks, all considered among the most skillful and best-informed in investment circles. They are the groups best positioned to interpret market trends and to identify at any particular time optimal opportunities with the potential for the highest returns.

Lessons learned, and no free lunches

Smart money ended up with “egg on its face” during past collapses like those of Enron and Long-Term Capital Management. Yet somehow investors continue to repeat similar mistakes.

Twenty years later, FTX investors sacrificed discipline and due diligence standards, starstruck by the founder’s “visionary” cult of personality. Reports are mind-boggling. For instance, the Sequoia website showed a message from one of its partners reading, “I love this founder,” and a clip of Bankman-Fried playing a videogame while he was pitching the venture capital firm.

Sequoia has subsequently eaten crow and apologized to its investors. For 50 years, the firm was considered to exemplify the highest venture standards. As technology shares soared in recent years, though, venture capital firms no longer demanded board representation in return for their capital. Some went all in, raising ever-larger sums to participate in even-more-expensive deals. So, when Sequoia asked for board seats, Bankman-Fried managed to prevaricate.

Due diligence also fell victim. Sure, FTX pitches showed revenues increasing 1,000% in 2021, but no one was asking penetrating questions. FTX’s replacement CEO, John Ray III, once helped restructure Enron. He now calls FTX’s corporate controls the worst he has ever witnessed, lacking accounting, auditing, or disbursement systems. There was not even documentation for multimillion-dollar insider real estate transactions, perks, and loans granted for their purchases.

Both small and large investors should always remember:

Talk to your financial adviser for a strict reality check on crypto or other high-risk investments before you commit funds.