What Is a Conservatorship — and Who Needs It?

Posted in Triplett & Carothers on December 2, 2021 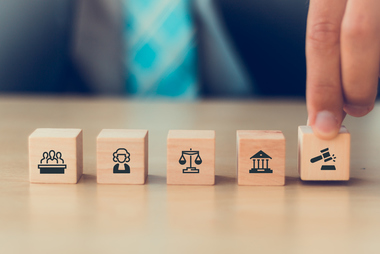 Recently, singer Britney Spears testified in court about the 13 years she has spent in a legal structure called a conservatorship. In vivid testimony, she described her father and lawyers seizing control of her rights to make personal, financial, and legal decisions. How can this happen to an adult with a successful career, and why is it legal?

A conservatorship is a legal status in which a court appoints a person or persons to manage the financial affairs of an incapacitated or incompetent individual or a minor. The person may serve as a guardian as well, being responsible for establishing and monitoring the physical and medical care of an individual, including the management of his or her living arrangements.

While guardians and conservators are expected to act in the best interests of the individual, they have the opportunity to abuse the situation because of the often broad authority they are granted. A fundamental feature of many conservatorships is that the subject has little control over his or her decisions. The guardian may decide how the subject’s money is spent or managed, where he or she may live, and what medical care he or she may receive. The guardian can even curtail personal liberties like the subject’s right to vote, marry or carry a driver’s license, with or without court approval.

Because conservatorship can involve a profound loss of freedom and dignity, state laws require that it be imposed only when less restrictive alternatives such as conditional powers of attorney or formal shared control of finances have been tried and proven to be ineffective. In addition, courts may try a representative or protective payee, in which a person is appointed to manage federal or entitlement program payments on behalf of an individual, or a living trust, which can be set up to hold an older person’s assets with a relative, friend or financial institution serving as trustee.

Sometimes a conservatorship is established for people who are suicidal or who struggle with psychosis, dementia, or intellectual disabilities so that they’re not able to make legal, financial, or medical decisions on their own behalf. Mental capacity is determined by a psychiatrist, psychologist, or physician with extensive experience and training to diagnose conditions like dementia in older individuals. These determinations must be documented and verified before a conservatorship can be ordered.

When the public became aware of Spears and the conservatorship, it appeared that the pop singer was being denied due process. Experts agree that one of the most dangerous aspects of guardianships is the way that they prevent people from getting their own legal counsel. Mainly, Spears resented how her life was too controlled, saying that she felt that the conservatorship has become “an oppressive and controlling tool against her.” The #FreeBritney movement arose to call attention to Spears’ story and urged support for legislation in California that would strengthen the right to legal representation for conservatees.

Conservators are usually responsible for preparing an accounting of actions they’ve taken on behalf of the individual, filing it with the court each year. State laws and requirements need to be accounted for as well. Florida law requires that a conservator get court approval before selling real estate or personal property, while in Massachusetts, a guardian can’t admit an individual to a long-term care facility or administer certain drugs without a special court order.

If you’re ever asked to serve as a guardian or conservator, you’ll have to be sure that you have the time, resources, and patience to deal with the responsibilities.